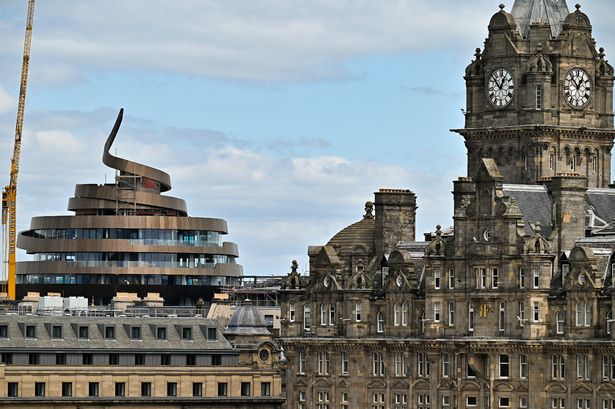 The 'turf' of the Architect

Edinburgh has been recognised as a world heritage site in 1995 due to its original medieval old town and 18th-century new town, but this status (and money) was in peril, and nobody could stop bad architecture. Architecture could be dangerous not just if poorly made, but also if it looks awful. Ugly architecture is harmful because is constantly, negatively inpacting our well-being for years, decades, centuries. After more than 60 years of horrible architectures scattering all over the globe, in 2015, someone started to raise a flag denouncing the peril of an uncontrolled development of ugly architecture that don't respect the site, the context, the Genius Loci and the people that live there.

UNESCO sent inspectors from Icomos (International Council on Monuments and Sites), to Edinburgh after a series of complaints arising not just from 'experts' of architecture, but also from the citizens, regarding  a series of new buildings that should be built in this precious historical environment. The financial crisis of Edinburgh has pushed its civic administration to look for investors, and development was the easy route to raise cash. As Councillor Ian Perry, planning convenor on Edinburgh City Council, said: “Unesco heritage status does not preclude ongoing development to keep the site active and vibrant if it is deemed to be appropriate.” After a series of controversial demolitions of listed buildings in the protected zone of the city centre, a number of new buildings were ready to 'conquer' a spotlight: the ‘Ribbon’ Hotel (immediately renamed as 'the turf' by the citizens), the Inca Terraces on Calton Hill, and the Caltongate development. More than 2000 objections in 2015 were not enough to stop the development and now, Edinburgh has its 'turf' right in the heart of the town, enclosed in St James Quarter luxury mall with Harrods and Victoria's Secret. The ‘golden ribbon’ is now described by the Daily Record as 'a huge walnut whip-style feature on top of the building, which is the 244-bedroom luxury Edinburgh hotel due to open later'. Edinburgh has lost an important battle, and this huge scar will probably last for several decades, right in the face of anyone that will look at the city's historical landmarks. Moreover, the people of Edinburgh lost part of their wellness, something that is not tangible but equally harmful as pollution. We live, in fact, in a world dominated by stressful, adrenalised architectures that diminish our lives, as several combined studies between neuroscience and architecture are demonstrating in the last decade. There is an urgent need to forge a new generation of architects, which will be able to restore the role of architecture as a balanced combination of Art and Science, respectful of the Genius Loci and the inhabitants, and aimed at producing beautiful, stress-relieving, healing architectures.